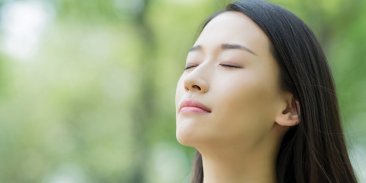 One of the most common issues presented to an Ear, Nose and Throat physician is nasal airway obstruction (stuffy nose). Although a stuffy nose can always be an annoyance, it tends to be worse for many people during exercising and sleeping.

The differential diagnosis for nasal airway obstruction includes a deviated septum (crooked cartilage and bone dividing the nasal passages), a growth in the nasal cavity or behind the nose, enlarged inferior turbinates (swollen structures on the inside of the nose that enlarge with allergy or a common cold) and a nasal valve obstruction. Overall, correcting a deviated septum and reducing the size of the inferior turbinates works approximately 90% of the time.  The 10% failure rate is usually secondary to nasal valve problems.

The traditional manner to correct a narrowed nasal valve requires extensive surgery with a low success rate (50%). Cartilage is harvested from either the septum or ear and placed as a spreader graft in an attempt to widen the nasal valve. However, this technique is no longer performed at North Atlanta ENT & Allergy, as it usually requires an incision under the nose, causing extensive swelling, and often does not work.

With this procedure, a small absorbable implant is placed along the sidewall of the nose supporting the soft tissue, which helps prevent collapse during inspiration. Latera is a great option for less severe cases, with minimal swelling and a quick recovery. The Latera implant is often performed at the time of a Septoplasty and Inferior turbinate surgery.  Over time, the Latera implant becomes incorporated into the soft tissue, creating a support for the sidewall of the nose, and the implant eventually completely resorbs. Dr. Hoffman at NAETNA has performed over 100 Latera implants with positive results.

VIVEAR is a brand new office-based procedure now available for nasal valve obstruction, which is a non-invasive nasal valve remodeling technique. VIVAER uses a small handpiece in the office to reshape the nose tissue in the nasal valve region to improve airflow, without any incisions.  Clinical studies have shown that 92% of patients notice an improvement in breathing after VIVAER. Recovery is extremely easy, with minimal pain and no swelling.

North Atlanta ENT & Audiology is unique in offering all of these options to correct nasal valve obstruction. To make an appointment, please contact our office at 770-292-3045, or click here.